Why should you be building a brand-new home?

Deciding to build your own home can be daunting to some people, but it’s a brilliant opportunity to stamp your own style and emotion into the actual foundations of your home over the next few years.

In fact, get it right, and your building could well be in your family for years to come. With the current outlook for affordability and demand far outweighing supply, that’s got to be music to the ears of mums and dads everywhere who are concerned for their kids’ financial futures.

Buying land is going to give future generations the best chance of being on the property ladder.

There are also more and more people adding to the population of Australia, and it’s not going to make the demand situation any easier. Buying a piece of land and building a gorgeous new home design from G.J. Gardner Homes is going to give your future generations the best chance of staying on the property ladder and having sound finances.

How high is demand around the country?

According to the Housing Industry Association Population and Residential Building Hotspots report, the population of Australia at the end of 2015 was just under 24 million, having increased by 1.4 per cent over the previous 12 months.

There were also almost 221,000 new homes built in 2015, which was up 11 per cent over 2014. That was the result of the growing population and demand to live in the cities, while making sure popular areas were snapped up before demand became too much and people were forced to either buy apartments, or live further away from the CBD. That eventuality doesn’t seem too unlikely at the moment, so buying that plot of land you’ve had your eye on for a few months and designing your own home to build on it would be a savvy move. 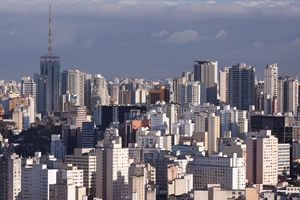 What is the demand doing to housing affordability?

When demand for homes goes up, so does the value of dwellings.

The CoreLogic RP Data monthly indices up to May 31, the median home value for Sydney came in at $1,068,940 – that’s an increase of 12.54 per cent over the previous 12 months. That’s not exactly affordable, and it’s also potentially pointing you toward a home design from G.J. Gardner Homes.

Choosing every aspect of your home’s character, right from the facade and the number of bedrooms to the garage space you’ll have available, will help to make it work for you over a long period of time.

As the population increases alongside demand, it’s going to make building your own home a much more attractive option. Talk to the team at G.J. Gardner Homes today to find out more.

Sustainable Heating and Cooling: Considerations for Your Home

The Materials We Use to Build Your Home